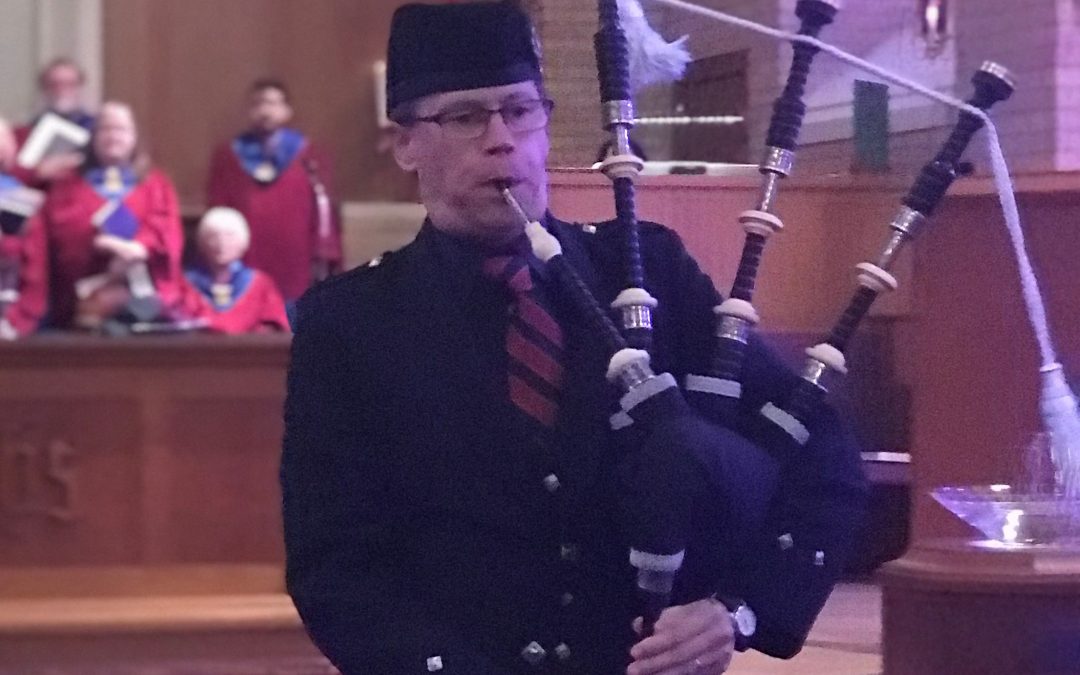 We welcome bagpiper Michael Flight to our worship service. Michael Flight started his pipe band experience in 1987 as a tenor drummer, and as a piper in 1988 in the St. Andrew’s Society of the River Plate Pipe Band (Buenos Aires, Argentina). He was appointed Pipe Sergeant in 1996, elected Pipe Major in 2000, and again in 2005. Michael relocated to Texas in 2008 and has since been a piper of the North Texas Caledonian Pipes and Drums (Dallas/Fort Worth). In 2009 he became the Instructor/Pipe Major of the Ballantyne Memorial Pipe Band (NTCPD’s grade-5 band).